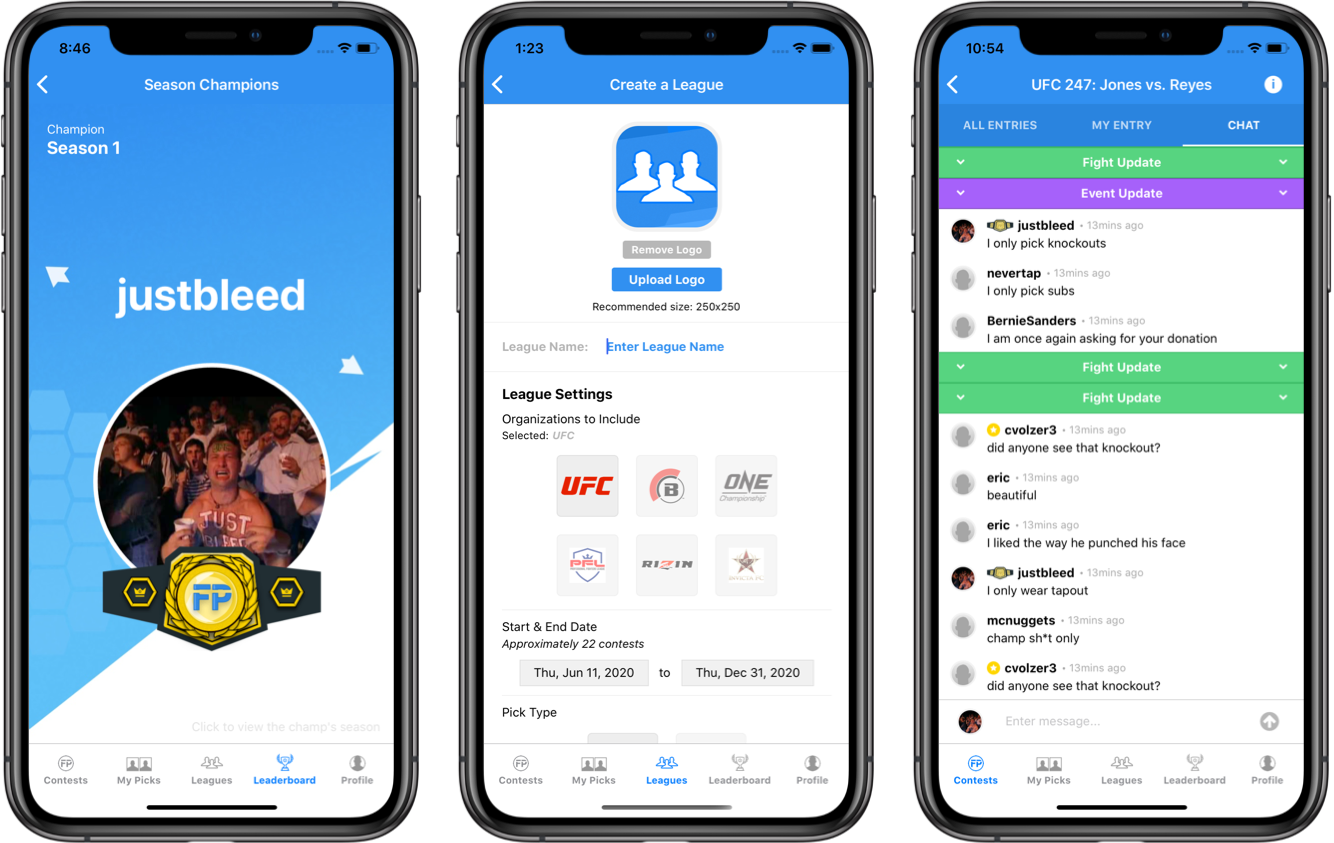 Seasons are 12-week long tournaments in which MMA fans compete to decide who is the champion of FightPicks. Fans submit their predictions for that week’s contest and accumulate points based on the standard scoring format. At the end of the season, the person with the most points becomes champion for the following 12-week season.

If you become a champion – you’ll receive a FightPicks’ championship belt that gets added next to your username in Chat, on the contest table, and in your profile. You’ll also get a spot in the FightPicks Champions page where your season’s performance will be forever saved.

Leagues are like mini-seasons, but for you to customize and invite your friends. You can set the start and end date, the organizations you want to include, the portion of the card (Main/Prelim) you want to predict, and even upload your own belt.

Right now, chat is relatively basic but it does include spoiler-free Fight and Event Updates. More features will be added soon.

In an effort to make FightPicks financially sustainable, I added a premium version. This isn’t charity though – you get access to new and interesting features including advanced breakdowns of your picks, league customizations, and a new fantasy mode (coming soon). Check it out and let me know what you think.

This is fixed now. It drove me insane, so it probably did for you too. It will save your login credentials until you delete the app. If it doesn’t save this time, I will (cry) look into it.

I rebuilt the entire application, so it now loads much quicker.

For the nerds out there – I rewrote the entire app in React Native. Before this, it was being rendered as a webview. Big yikes.

For the folks that prefer the website view, I’m sorry. I had to do this because it was getting too difficult to update both the website and the mobile app as a one-man team. I’d like to add this back in the future, but I can’t make any guarantees.

If this messes things up for you, get in touch using the chat bubble system on the website. I don’t want you to miss out. 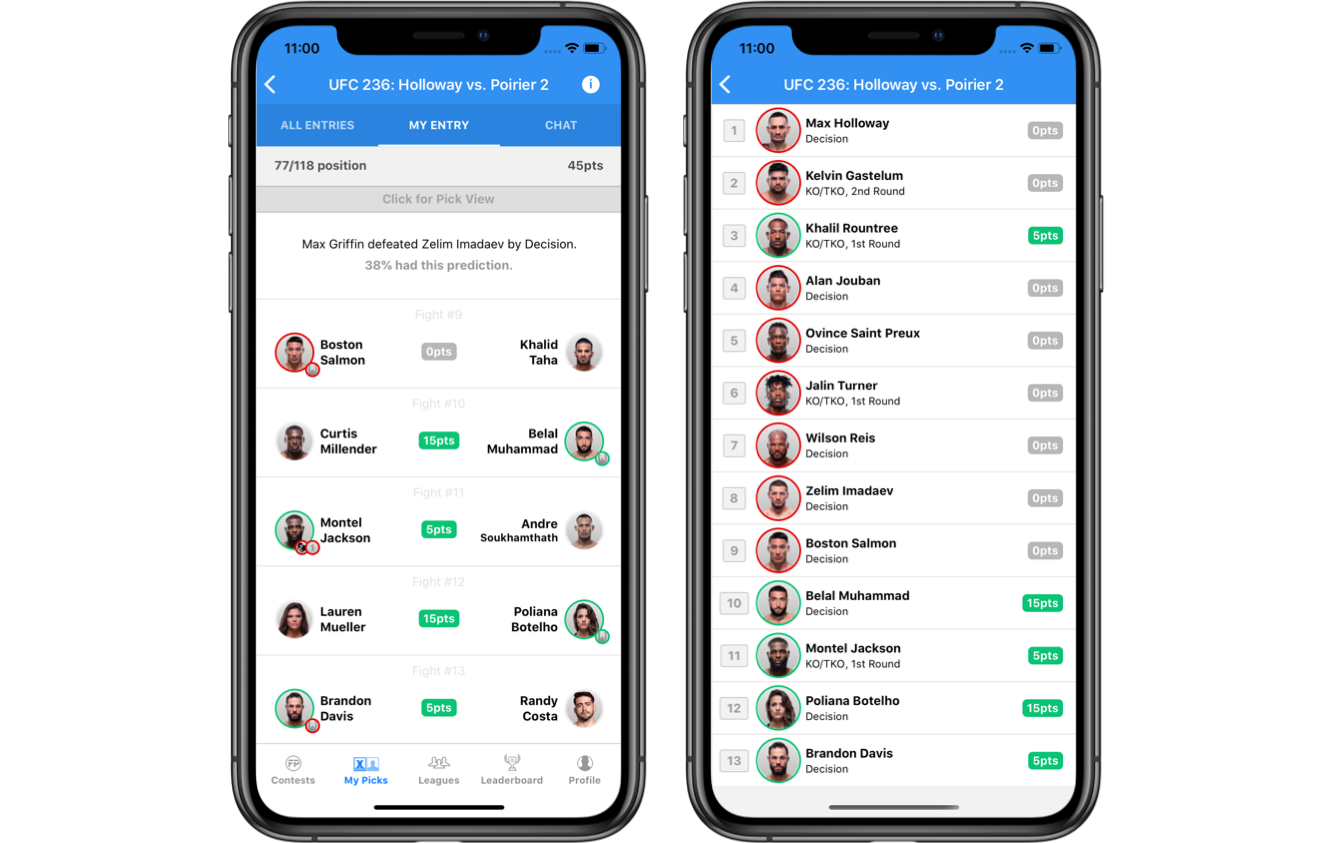 This turned out to be too buggy, but I did add a new replacement – Pick View. I wanted to fit all of your predictions into one image (a tough task with 13 fights) and so I came up with the version below.

I could really use your feedback on this one. Do you like it? Would you still prefer having the opponent shown?

Tell us here using the contact form or email me at chris@fightpicks.com.